Riding an unprecedented wave of growth in solar and wind generation, Hawaii serves as both a renewable energy laboratory and as a forerunner of how U.S. utilities may evolve in the future, said Hawaiian Electric Co. Vice President Colton Ching.

Hawaiian Electric Companies is the Title Sponsor of the upcoming conference “Electric Utilities: The Future Is Not What It Used To Be.” Expected to draw leading power and utility experts from around the country, the conference will be held March 26-28, 2014, at the Maui Arts & Cultural Center.

Ching said Hawaii is “ground zero” for cutting edge renewable energy development, and as a result its utilities are coping with the growing pains of the transition from near-sole reliance on traditional fossil-fuel generation plants to an “energy portfolio” that includes both steady and intermittent forms of power generation, he said.

Hawaii power utilities are not interconnected among the islands (although an undersea interisland power cable has been proposed, it’s years away from development), so they operate in isolation, relying heavily on costly imported fossil fuels that lead to energy rates two to three times the national average.

Hawaii utilities operate in a different environment from Mainland counterparts, with different operations and costs, Ching said. Mainland utilities may not see the same issues or can avoid them because they can rely on cheaper coal, liquefied natural gas, hydroelectric or nuclear power generation.

Nevertheless, the island utilities’ experience operational and technical challenges first with integrating renewable energy will be a precursor for the future of Mainland power companies, he said.

“We believe we will see the kinds of challenges and issues . . . before Mainland utilities do,” he said. And, “because Hawaii will see these issues first, I think Hawaii is the perfect place to have these discussions about what the utility needs to do to integrate high levels of renewable energy (and) high levels of distributed generation.”

And, “why a conference like this here is so very valuable,” he said, that even though Mainland utility operators don’t face the same issues as those in the islands, “there are a lot of smart people out there in the industry, and they can bring to the table very good technical ideas, very good regulatory ideas, very good customer ideas that we can benefit from.”

What will make the Maui conference “very powerful” will be in making the “electric industry a little more aware of what the future may hold for them,” Ching said.

He asked however that conference attendees come willing to listen and exchange ideas.

“We need everyone to come with an open mind,” he said. “Everyone put your biases and beliefs aside and have a very frank and open dialogue about what a utility will be like in the future.
“We need to let go of paradigms,” he said, and participants need to ask the questions: “What is the future going to be like? What are tomorrow’s customers going to want from us? We can only be certain it won’t be the same as today.”

Weighing out pros and cons of utility models

One of the upcoming conference’s topics will be to look at various utility operating models – such as investor-owned, municipal and cooperative utilities – and weighing their strengths and weaknesses, advantages and disadvantages.

Ching said the utility’s operating model is important, but it’s a “fairly small factor” in terms of how a utility operates in efficiently and economically delivering power to its customers.

One feature of an investor-owned utility that separates it from other models is its ability to issue stocks to raise money to fund investment in the utility’s infrastructure and then return dividends to its investors, he said.

Additional equity in the utility leads to its ability to borrow even more money to fund infrastructure development, Ching said.

“That electric utility’s infrastructure needs to be built for the long term,” he said. “You need to have an environment that allows for that investment over a long period of time.”

The advantage of a municipality owning a utility is that the local government can issue bonds with attractive tax incentives for investors and then pay back loans at “very, very low” interest rates, he said. There also are other low-interest loans available from, for example, the rural utility service.

Municipal utilities don’t have as much access to capital as an investor-owned utility, but when they borrow money by floating bonds it comes with a low interest rate, he said.

With an electric cooperative, such as the ownership structure on Kauai, the customers are the owners of the utility, Ching said. The utility’s profits are returned to customers at the end of the year.

One feature of Hawaii’s current utility regulatory process is that the state’s Public Utilities Commission sets power rates. And, in the past few years, the PUC has moved away from the traditional model of utilities making more money when they sell more electricity, Ching said.

Now, under a new regulatory model called “decoupling,” Hawaii utilities no longer base their revenue fully on their volume of electric sales, he said.

The move to decoupling has come in the context of Hawaii’s commitment to renewable energy development and the state’s goal of getting 40 percent of its energy generated from renewable resources by 2030.
Decoupling removes the incentive for Hawaii utilities to discourage energy conservation, solar and wind development or anything that would reduce its power sales, he said.

The form of rate-making regulation that the PUC employs is “key to this topic,” he said.

But it leads to the question of what is fair to charge consumers, such as those with rooftop photovoltaic systems who generate power during the day but at night still rely on electricity from the island utility’s traditional fossil-fueled power plants.

The rapid rise of Hawaii consumers turning to solar power systems is setting the state for island utilities “to be a different business,” Ching said.

In the future, instead of utilities being residents’ and businesses’ sole source of power generation, the utilities’ goal may evolve into being a battery source for consumers, a back-up source of power or to provide ancillary services, he said.

Utilities would “no longer just be providing kilowatt hours of energy,” he said. And, the appropriate payment for consumers would be “based on what kinds of services they’re drawing from or asking of the utility.”

Already, “what happening . . . we’re starting to see the current way of charging for customers on the grid is that for some customers (those with PV) it’s working really good. They’re getting a great deal,” Ching said. “For other customers, it’s not so great.”

He said he anticipates that as time passes the system for paying for electric services will “move further and further away from working for everyone.”

In some places on the Mainland, utilities have adopted “green pricing programs,” offering consumers the option to pay more for electricity to support renewable alternatives, such as wind and solar, Ching said.

If a “green pricing” program were offered in Hawaii, all consumers would rush to take advantage of it because solar and wind energy alternatives are less costly than traditional power generated in fossil-fueled-burning plants, he said. And that’s why green pricing wouldn’t work in Hawaii.

Aside from the challenges of adapting to a mix of renewable and traditional forms of power generation, Hawaii utilities also need to cope with changes in environmental regulations from the U.S. Environmental Protection Agency, he said.

The new regulations are being applied to these older plants, requiring them to be compliant with new regulations, he said. The plants are going to need to reduce certain types of emissions, and “these regulations are affecting the outlook, economics and operations of existing facilities.”

For example, the older Kahului power plant has been grandfathered to permit the use of cheaper fuel than what’s used at the newer Maalaea power plant, he said. The use of less expensive fuel has made the Kahului plant, even though its less efficient, also less costly to operate.

Utilities across the nation are being affected by the new EPA regulations, he said. “Maui Electric is just one of them.”
“Each utility has to decide, in the best interest of its customers, whether it’s economical to use older generators and make additional investment for them to be complaint,” he said.

Undersea cable could be challenging, but worth exploring

Regarding the proposed undersea cable between Maui and Oahu, Ching said that while it’s a technically challenging project, it’s still a “pretty straightforward endeavor” that can be done.

What challenges the project’s feasibility is whether Hawaii residents are willing to accept the “unavoidable environmental, social and cultural impacts,” he said. “We can build it. We can operate it. It can be done. But is it something the various communities can support?” Ching said Hawaii’s exploration of the option of building an undersea cable is “the right thing to ask ourselves . . . even if the answer is no.”

“We should be asking ourselves this question every once in a while,” he said.

Ching said he expects the subject of the proposed undersea cable to surface during the conference because it would like stem from discussion about renewable energy development and how the amount of available alternative energies, solar and wind, predominantly located on Neighbor Islands can be used throughout the state.

Ching said he envisions an energy future for Hawaii in which utilities will rely on a diverse portfolio of energy resources.

“It will have a mix of renewables of different types, such as solar, wind, geothermal, biomass, waste-to-energy, ocean,” he said. “These resources will be of different sizes – from rooftop solar systems that can take advantage of being located where electricity is consumed to larger centrally located systems that can take advantage of economies of scale and from building dedicated facilities for integration and interoperability with the grid.”

Colton Ching is HECO’s vice president for energy delivery and has 23 years of experience in the electric utility industry, working in engineering, planning and operations at Hawaiian Electric. Ching holds a bachelor’s of science degree in mechanical engineering from the University of Hawaii at Manoa. Hawaiian Electric is the parent company of Maui Electric and Hawaii Electric Light Cos. 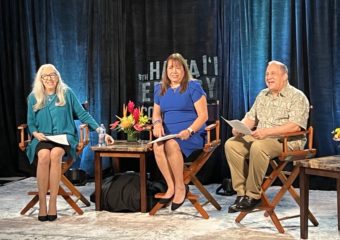 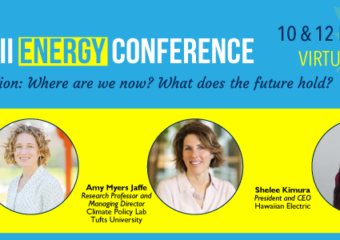 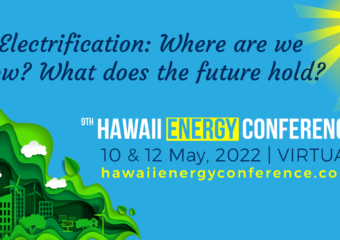